A joint launch event was hosted in Geneva to introduce and sign the Consensus Framework for Ethical Collaboration between Patients’ Organizations, Healthcare Professionals and the Pharmaceutical Industry. The Consensus Framework is the fruit of a dialogue which began in 2011 and is supported by the International Alliance for Patients’ Organizations (IAPO), International Council of Nurses (ICN), International Federation of Pharmaceutical Manufacturers and Associations (IFPMA), International Pharmaceutical Federation (FIP) and the World Medical Association (WMA).
The keynote address was given by Dr. Edward Kelley, Director, Service Delivery and Safety, Health Systems and Innovation Cluster at the World Health Organization, and was followed by statements by senior representatives from IAPO, ICN, IFPMA, FIP, and WMA. The Consensus Framework was formally adopted in a signing ceremony and the floor was then opened for discussions. The speakers stressed the need for collaboration between all partners to ensure quality healthcare delivery and patient safety.

David Benton took up post as Chief Executive Officer of the International Council of Nurses (ICN) on
the 1st of October 2008. Immediately prior to this he worked with ICN for three years where he held
the role of consultant nursing and health policy and specialized in regulation, licensing, and
education.
He qualified as a general and mental health nurse at the then Highland College of Nursing and
Midwifery in Inverness, Scotland. His MPhil research degree focused on the application of computer
assisted learning to post-basic nurse education and has over the past thirty years had articles
published in relation to research, practice, education, leadership, and policy topics.
Benton has held senior roles for twenty years across a range of organizations. These roles have
included working as Executive Director of Nursing at a Health Authority in London; as a senior civil
servant in Northern and Yorkshire Region; as Chief Executive of a Nurse Regulatory Body in Scotland
and as Nurse Director of a University Trust Health System.
Benton has travelled widely looking at various aspects of different health systems and was delighted
to receive a Nuffield Policy fellowship in 1999. This enabled him to look at both USA and Spain so as
to understand how the professional voice might be best heard within the new constitutional
arrangements in Scotland.
Benton is the recipient of several awards and honours. He is particularly proud of being awarded the
inaugural Nursing Standard Leadership award in 1993. He was presented with Fellowship of the
Florence Nightingale Foundation in 2001 and awarded Fellowship of the Royal College of Nursing in
2003 for his contribution to health and nursing policy.

Luc Besançon is the General Secretary and CEO at the International Pharmaceutical Federation (FIP)
which is the global federation gathering 126 national associations of pharmacists and pharmaceutical
scientists. Luc completed his Doctorat d'État en Pharmacie (PharmD) in 2004 further to an education
in France (Université de Bourgogne) and Canada (Université Laval). He also completed a Master’s
Degree in Communication (major in European Public Relations) at Paris V - La Sorbonne in 2003.
He moved in the Netherlands in 2008 to join FIP as a lead in Professional and Scientific Affairs.
Prior to that, he had worked for five years as a professional adviser for international affairs and for
pharmacists’ competence at the Ordre national des pharmaciens, the French body in charge of the
regulation of pharmacists.

Dr. Otmar Kloiber is the Secretary General of the World Medical Association. He has been an
international medical relations and collaboration leader for more than 20 years, with expertise in
medical ethics, health policy, government affairs and management of relationships with patients,
other health professionals, manufacturers and other medical stakeholders. He has been the chief
executive of the WMA since 2005.
Prior to his move to the WMA, between 1997 and 2005, Otmar served as Deputy Secretary General
and Secretary of the German Medical Association. During his tenure there, he was selected as a
Member of the Study Commission on the Law and Ethics of Modern Medicine of the German
Bundestag (Parliament), 14th electoral term.
Between 1991 and 2005, he was also a key liaison to the Standing Committee of European Doctors,
the WMA, the International Conference of Medical Chambers, the European Forum of the World
Health Organization and individual national medical associations. In addition, for six years, he was
the foreign relations adviser to the German Medical Association, focusing on international health and
social policy reforms and construction of the German Health Network.
Otmar holds an MD (1984) and PhD (1986) from University of Cologne, was a postdoctoral fellow in
the Department of Biochemistry at the University of Minnesota, and was a research assistant a the
Max Planck Institute for Neurological Research, engaged in pathophsyiological studies on brain
energy metabolism and cerebral blood flow.
In 2006, he was awarded an honorary doctorate by the Victor Babes University for Medicine and
Pharmaceutics, Timisoara, Romania. He is Clinical Professor in Health Administration at the Brooks
College of Health, University of North Florida.

Dr. Kelley directs a new department, Service Delivery and Safety, created to lead the World Health
Organization’s efforts at strengthing the safety, quality, integration and people centredness of
health services. In this role, he manages WHO’s work in a wide range of programmes, including
health services integration and regulation, patient safety and quality, blood safety, injection safety,
transplantation, traditional medicine, essential and safe surgery and emerging areas such as mHealth
for health services and genomics. Prior to joining WHO, he directed the only ongoing national
examination of health-care quality and disparities in the United States as Director of the U.S.
National Healthcare Reports for the U.S. Department of Health and Human Services in the Agency
for Healthcare Research and Quality. These reports track levels and changes in the quality of care for
the American health-care system at the national and state level, as well as disparities in quality and
access across priority populations. Dr. Kelley also directed the 28-country Health Care Quality
Improvement (HCQI) Project of the Organization of Economic Cooperation and Development.
Formerly, Dr. Kelley served as a Quality Assurance Advisor for University Research Co., LLC (URC’s)
Quality and Performance Institute, while also serving as Scientist in the Operations Research Division
for the USAID-sponsored Quality Assurance Project (QAP) and Partnerships for Health Reform
Project Plus (PHRPlus). In these capacities, he worked for ten years in West and North Africa and
Latin America, directing research on the Integrated Management of Childhood Illness in Niger.

Kin-ping Tsang founded Retina Hong Kong (RHK), a patients’ self-help organization, with fellow
partners in March 1995 and has been serving as President of RHK since then. In 2003, KP was elected
as a Member of the Executive Committee of the Alliance for Patients Mutual Help Organizations
(APMHO) in Hong Kong and in 2005, he was appointed as APMHO Secretary. His major tasks were
helping the Alliance to consolidate its internal management and develop external networks. He was
elected to Chairman of APMHO in 2009 and substantially amended its Constitution by setting out
the core mission as "Advocate for Patient-Centered Healthcare and promote Patient Engagement".
He is the Vice President of Hong Kong Guide Dogs Association, and an Honorary Fellow of the Hong
Kong Academy of Pharmacy.
Mr. Tsang has been serving a number of committees and working groups in various bureaux and
departments of the Hong Kong SAR Government.
KP has been elected to the Management Committee of Retina International from 2000 to 2006, and
was re-elected to the board in 2012 again. He has been serving on the Board of AMD (Age-related
macular degeneration) Alliance International since 2006.
KP is a retired business executive who is affected by Retinitis Pigmentosa, which causes severe visual
impairment.

Russell Williams is a passionate advocate for innovation in health care and in economic development.
Since joining Rx&D in March 2004, Mr. Williams has promoted policies that improve patient
outcomes by expanding patient choice and access to new medicines and vaccines. He works tirelessly
to ensure that Canada is a world leader in attracting biopharmaceutical investments, which are key
components of the knowledge-based economy.
Under Mr. Williams’ leadership, the association’s Code of Ethical Practices has been significantly
enhanced to ensure that all member companies adhere to the highest standards of ethics. He has
participated actively in numerous provincial working groups and task forces aimed at improving the
partnership between industry, governments and stakeholders. He chairs the IFPMA Code
Compliance Network (CCN) and contributes to promoting the IFPMA Code of Practice globally.
Prior to joining Rx&D, Mr. Williams had a successful career in provincial politics and community
service. For fifteen years, he represented the Montreal riding of Nelligan in the National Assembly of
Quebec. During his career as Liberal MNA, he led numerous public policy debates on important and
complex issues, such as the role of government in research and development (R&D), compensation
for victims of contaminated blood, linguistic policy, access to services for the disabled, and prehospital
emergency services. He is well known for his dedication and perseverance as an advocate for
individual rights and government services focused on the needs of its citizens. He continues active
volunteer involvement in palliative care. 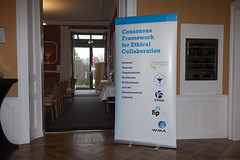 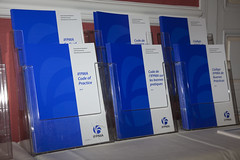 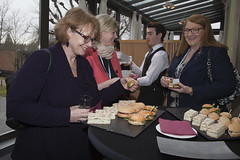 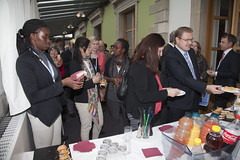 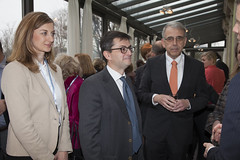 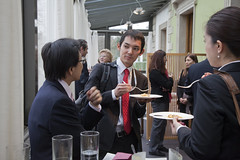 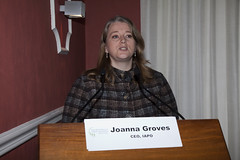 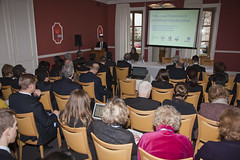 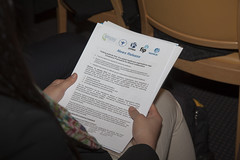 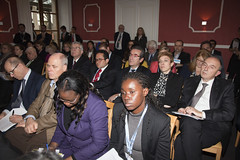 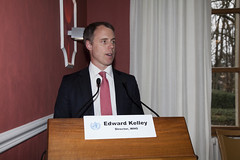 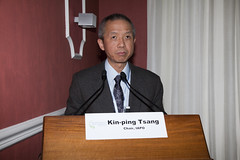 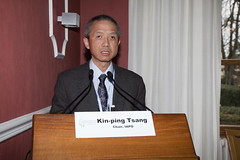 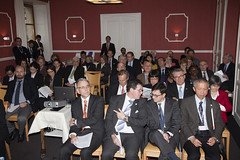 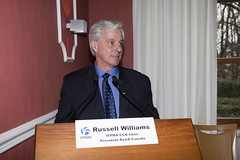 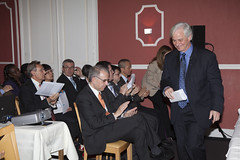 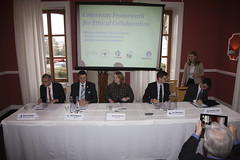 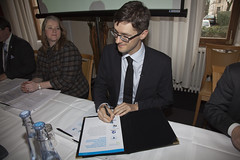 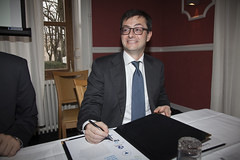 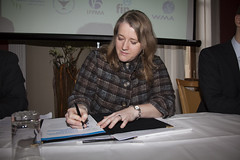 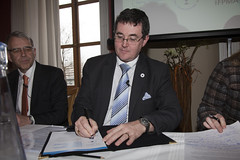 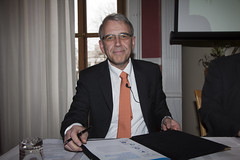 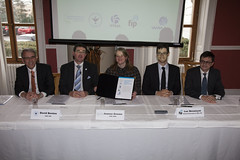 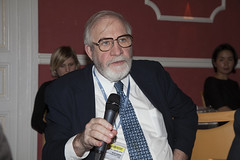 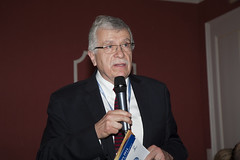 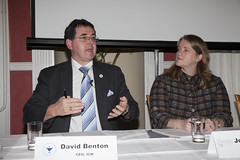 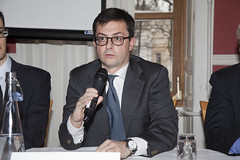 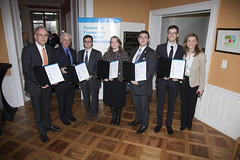 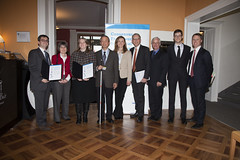