Biopharmaceutical R&D is a challenging and complex process that is crucial for the development of new medicines that improve the lives of millions of patients around the world.
When carrying out natural product research there are even greater challenges, which range from longer discovery timelines, to complexities in sourcing of materials and in large scale production.
This IFPMA Technical Briefing showed how these challenges can be overcome through collaborations, underpinned by a workable legal framework, where many pieces have to come together to achieve the perfect picture.

National Centre of Genetic Engineering and Biotechnology in Thailand

Ms Bubpha Techapattaraporn is head of the Biotechnology Law Research section of the
National Centre of Genetic Engineering and Biotechnology (BIOTEC) in Tha Khlong
(Thailand).
Ms Techapattaraporn is an expert in intellectual property rights in the field of
biotechnology, in particular on the protection of plant varieties. She focuses her work on
regulations related to access and benefit sharing of biological resources.
She was involved in a considerable number of projects and publications related to these
topics. She is also responsible for the legal management of biotechnological research and
development at her institute.
Ms Techapattaraporn studied Biotechnology at Kasetsart University in Bangkok, and
received a master of science title.

Dr Frank Petersen is the Head of the Natural Products Unit of the Novartis Institutes for
BioMedical Research. He joined Novartis in 1991 and has held several positions of
increasing responsibility in the company’s research organization.
He received his undergraduate degree in Biology from the University of Hohenheim and
graduate and doctoral degrees from the University of Tubingen. He is an internationally
recognized expert in the field of natural product medicine and has published more than
twenty papers and books on this topic. In addition, Dr Petersen lectures frequently about
the role of Natural Products Research in modern drug discovery and has held visiting
professorships at two prestigious Natural Product research institutes; the Shanghai
Institute of Materia Medica (SIMM) in China and SKKU University in Seoul Korea.
Dr Petersen regularly advises working groups of the Federal Governments of Switzerland
and Germany, committee members of the European Commission and of the CBD office of
the United Nations on Access and Benefit Sharing related topics. In 2009, he is member of a
NIH advisory group on perspectives in modern natural products research.

Andrew Jenner is Director of Innovation, Intellectual Property (IP) & Trade at the
International Federation of Pharmaceutical Manufacturers and Associations (IFPMA)
based in Geneva, Switzerland. He is responsible for developing pharmaceutical industry
strategy on IP policy and represents the industry on IP and trade related issues within the
UN and the World Trade Organization. He also leads a team of policy experts on trade,
biotherapeutics, influenza vaccines and counterfeit medicines.
From 2007 until 2009 he was a Senior Policy Advisor and Head of the IP Crime Policy
Group for the UK Intellectual Property Office (IPO), bringing together Government
departments, Enforcement agencies and Industry to combat IP Crime.
From 2004 - 2007 he was Head of Trade & Development at the IPO and lead the IP
discussions within the World Trade Organization (WTO), the World Health Organization
(WHO) and World Intellectual Property Organization’s (WIPO) Intergovernmental
Committee on genetic resources. He also led on policy relating to EU/UK IP
pharmaceutical regulations, including negotiating the EU Regulation on the compulsory
licensing of pharmaceutical products for export, and implementation of the EU ‘bolar
exemption’ and Paediatric Medicines Regulation into UK law.
He first joined the UK Government in 1998 as a patent examiner having previously worked
in the automotive industry as a quality control advisor.
He remains a member of the Institute of Engineering and Technology having a Bachelor
degree in Engineering and a Master of Laws.

Overview of contents and objectives of the Technical Briefing Andrew Jenner — Director of Innovation, Intellectual Property and Trade (IFPMA)

The experience of BIOTEC in natural product research and the collaboration with Novartis Bubpha Techapattaraporn — Head of Biotechnology Research ... 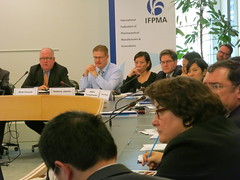 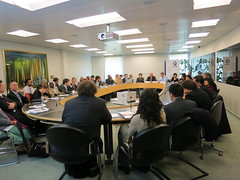