Theme: 4HealthyHabits: the IFRC-IFPMA Partnership on NCD Prevention
The IFRC and the International Federation of Pharmaceutical Manufacturers & Associations are launching a global initiative, called 4 Healthy Habits. This innovative partnership will equip Red Cross and Red Crescent volunteers with information and tools to change behaviours, promote healthy lifestyles in communities around the world and ultimately reduce the rise of noncommunicable diseases (NCDs).
The four main NCDs – cardiovascular diseases, cancer, chronic respiratory diseases and diabetes – kill three in five people worldwide, with 80 per cent of NCD-related deaths occurring in low- and middle-income countries. While 50 per cent of NCDs are avoidable, they share four main behavioural risk factors: tobacco use, harmful use of alcohol, insufficient physical activity, and unhealthy diet/obesity. Successful prevention of these deadly diseases largely depends on encouraging people to lead healthy lifestyle. Community volunteers equipped with the necessary tools have a huge potential to help reduce preventable NCDs worldwide.

Mario Ottiglio is Director, Public Affairs, Communications & Global Health Policy at IFPMA where he has been working since 2007 in positions of increasing responsibility. Mario develops and leads the implementation of global health policies and designs public affairs strategies. He represents IFPMA in discussions with international organizations, governments and other nongovernmental organizations building consensus on policy decisions and partnerships. Prior to joining the IFPMA, Mario worked as a consultant for governments and private firms. He holds a Master’s degree in Political Science and International Relations from the Oriental Studies University of Naples.

Dr. Stefan Seebacher is the current Head of the Health Department at the International Federation of the Red Cross and Red Crescent Societies (IFRC) based in Geneva. He is responsible for all aspects of global health programs in development and emergency settings. Prior to this role, Dr. Seebacher has acted in various capacities and roles with the Red Cross and Red Crescent Movements since 1992, including his role as the International Health Advisor at the Austrian Red Cross between 2009-2010, acting as the Head of the Ankara and Minsk Delegations between 2002-2007, and acting as the Head of the Regional Health Units and the Regional Technical Coordinator for the South East and East Asia between 1997-2002.

Dr. Seebacher has also been a leading consultant in International Health and Development since 1992, having contributed to strategic planning and capacity building in the areas of evaluation and project design for the Red Cross and Red Crescent Societies, in addition to completing an analysis of Existing Knowledge Management practices and developing a Knowledge Management System for the Global Health and Care department.

A well accomplished individual, Dr. Seebacher holds an MD from the University of Innsbruck in Austria, a diploma in Tropical Medicine and Parasitology from the Bernhardt Nocht Institute in Germany, a Master of Public Health from Johns Hopkins University and a Master of Management in Non-profit Organization from Regis University. Additionally, Dr. Seebacher has attained certification as a Knowledge Manager and a Knowledge Environment Engineer through the Global Knowledge Economic Council.

Dr. Seebacher has extensively traveled and worked in various parts of the world. He has authored number of reports and publications around health programming, monitoring and evaluation.

Currently with WHO, he is helping manage the mHEALTH for NCDs as part of the secretariat for the flagship WHO and ITU joint program on mHealth for Non-Communicable Diseases; Be He@lthy Be Mobile. With WHO since 2008, he has also provided technical advise and support to over 35 countries in the development of surveillance and management information systems. He is also a core member of the Health Data Forum at WHO and the co-chair of the WHO mHEALTH working group.

Before coming to WHO, he worked with the US Governments health agency helping various countries build informatics systems for immunization and vaccination programs in Asia Europe and Africa. He started his career working with WHO's National Polio Surveillance Project in India for 7 years, where he led the development and implementation of various information management systems for surveillance across the country.

He holds bachelor degrees in business and software engineering and a master's degree with a gold medal in management, he also has an earned fellowship in public health informatics from the US government health and human services. 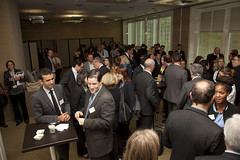 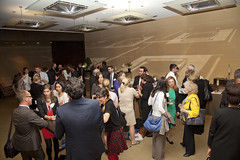 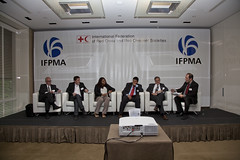 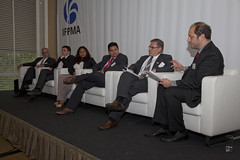 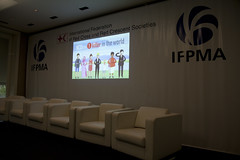 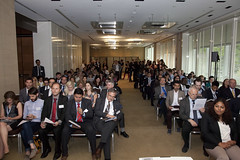 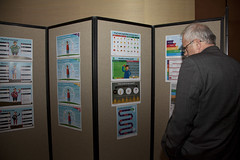